My own journey towards financial independence and early retirement


Time to get personal, open up the books and have a look at what I’ve done to achieve my own financial independence and early retirement.

In my opinion, it’s all about knowing when you have ‘enough’. Thias, from It Pays Dividends, recently wrote about figuring out when enough is enough. When you have saved and invested sufficient resources to fund your retirement lifestyle. Knowing that is what will make you rich. Unfortunately, most people just want more and more to feed an ever increasingly hedonistic lifestyle. And it’s not necessary.

It was only a few months ago that I calculated I had reached the position of financial independence, and realised that I had ‘enough’ to retire. So I did. Just a few tweaks now to finalise the goal and start using my investments to create my full-time income. That’s on track to be in place by the end of 2016!!

How has this been achieved? It has been a longish process that I didn’t really begin seriously until I was 35. Definitely a late starter. And it has taken 15 years to reach this position.

What it does prove is that FI/RE can be achieved by age 30 to 35 if you really make the effort and start making the necessary changes towards a frugal lifestyle in your early 20’s, as so many of my fellow bloggers are doing. But it’s never too late to start at any age.

My own journey to financial freedom began by purchasing an apartment as an investment property to rent out. I woke up in the middle of the night with what I thought was a really clever idea to use the equity on my own home to leverage a mortgage on an investment property. At the time I had no idea you could do this and ran it past my real estate mate, Dave, as though I had just invented the best thing since……well, everything! Of course, he gave me that look and told me that this is what you do to get on the investment property ladder. Whoever knew!!

Now, after 15 years, I have three investment properties rented out. Although these are still have a small mortgage the rental income covers these payments quite nicely, and eventually, the rents will form a large part of my annual income. 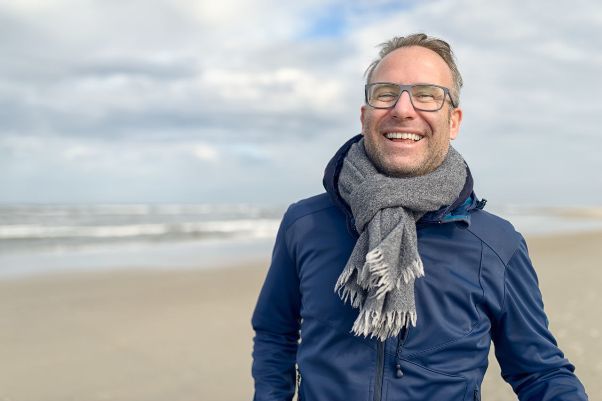 Recently, I added peer-to-peer lending, with Harmoney, to the investment portfolio. There are currently around four P2P companies trading in New Zealand and eight in Australia, all with different operating models and something to suit all levels of risk.

Then, to add diversification to the portfolio, I’ve invested in managed index funds with Vanguard. Only a small investment so far but this will be increased by the end of the year when I capitalise on another investment to free up some funds. So far, I’ve spread my investment across Vanguard’s Australian Property Fund and their International Shares Fund, although they do have plenty of others to choose from. I intend to diversify a bit further when my funds become available.

And then there are the investments I have in my Superannuation funds, one in NZ and one in Australia. Although my NZ Kiwisaver fund is fairly dormant, I make sure that I deposit at least the minimum $1,043 a year to get the Government contribution of $522. You can’t knock free money can you, especially when the Government wants to give some of your tax back!

In Australia, we are lucky enough to have legislated minimum employer superannuation contributions of 9.5%. On top of that, you are free to make additional payments to top it up. So I’ve been paying an additional 10% of my after-tax income which means that I’ve been investing nearly 20% of what I earn without even trying.

Although I can’t touch the super funds until I’m 60 (which is not that far away, unfortunately) These will be a top-up on my regular income if required. It’s unlikely that I will need them so they’ll stay invested earning more interest, but nice to have just in case.

And, as a side benefit of voluntary super payments is that you can claim a tax rebate for each dollar contributed at the end of the financial year. Imagine how much would be invested if you’d been making additional payments first starting work!

But, I hear you say, “you must have earned a high income to afford investment properties and invest a significant portion of your take home dollars”. No, not really. I have never been a high-income earner although I worked short periods on FIFO (fly in fly out) contracts earning good money in the gas and oil industries, although these never lasted long enough to make a huge difference to the stash.

And yes, I worked in corporate sales and marketing for number of years but during most of this time I was living the typical spendy, consumer’ristic lifestyle enjoyed by so many. During this time, I also had two children to bring up, and then continued, for many years, to make Child Support payments to the ex, as well as funding my own living expenses. So as you can see, there’s been no big, fat income for this guy.

However, for a number of years now I have lived a more modest, less hedonistic lifestyle than before, although I doubt that I will ever reach the dizzy heights of frugal living like Mr Money Mustache. I can’t imagine myself using a spray bottle to wet my face to keep cool in my car instead of using the air con, (see Mr MM’s article here) although I do tend to use the AC only when the temperature is over 30 degrees C. I prefer the fresh air from an open window.

So there you have it. I’m a pretty average guy who’s earned a pretty average income throughout his life, as well as spend far too much on frivolous and money wasting things like toys and good times, in the past. Hey, I’m no saint but what I did do right was start thinking about how I was going to fund my retirement whilst I was still young enough to make a difference.

Are you excited about taking your first step towards financial freedom?

Or if you would just like to receive more information about this, feel free to get in touch with us and we can help you.

Powered by Easy As Web Solutions